Over the Last Year 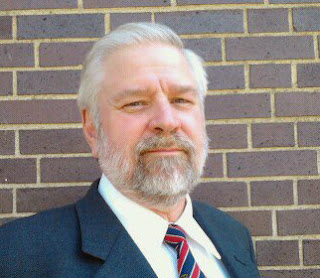 It’s been a little over a year since I posted on CinemaNewsWire.com

Off to the Emergency Room, where they discovered I had several blocked heart arteries. The first step is a test that requires the use of some dyes “not to worry, only about one in two hundred people have reactions to the dye,” well, yep, I had an allergic reaction to the dye. So I ended up having only had one stent inserted, instead of four.

A month or two later I had a scheduled follow-up exam. The technician did the test, then he made a call on his cell. He did the test again, then took me to a private holding area. A few minutes later, he came back and began talking in a somber tone. He told me that he called my cardiologist about the test results he had just obtained, and my cardiologist instructed him to do the test again, to verify the results.

Long story short, I went right to the Emergency Room again, where I had three more artery stents inserted.

Actually, for the most part, I felt fairly normal after those procedures, but I was recommended for an aortic valve replacement via TAVR.

Transcatheter Aortic Valve Replacement (TAVR) is a minimally invasive procedure to replace the aortic valve in patients with severe aortic stenosis. TAVR is less invasive than open heart surgery, and the procedure typically takes one to two hours.

At the time, the doctors told me my aortic stenosis would continue to get worse, and they were right. By September of last year I couldn’t even stand up without getting out of breath. 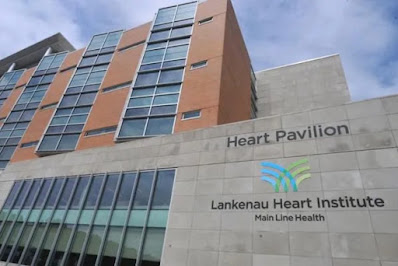 So in September I had the procedure done at Lankenau Heart Institute.

The TAVR recovery period is unpredictable, and I’d add that it is inconsistent.  Some days I felt pretty good, other days I slept for thirty-six hours or longer.

Articles on recovery mentioned pain, which I thought would be limited to areas affected by the procedure, but for me the pain was just about everywhere except a few places on my left side.

The condition of being tired, in pain, and with no energy lasted a very long time for me, I would say well over ten months.

So during those months I decided to look into maybe taking an online class or two, to try to get myself active again. 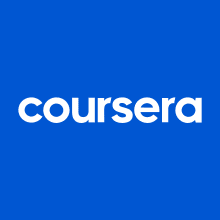 I came across Coursersa where you can:

“Learn without limits -- Start, switch, or advance your career with more than 5,000 courses, Professional Certificates, and degrees from world-class universities and companies.

We collaborate with 200+ leading universities and companies”

And their law courses looked interesting.

As a publicist I knew about journalistic standards of substantiation, plagiarism, and so on, and I also had some basic knowledge on copyrights from having had so many screenwriters as clients.

So first I signed up for Introduction to American Law, a course provided by Penn State University. At last, I received a thorough explanation of exactly how and why our legal system works. I earned a 95.83% Grade.

Introduction to American Law at Coursera

Next, I signed up for Introduction to Intellectual Property, where I received a much better understanding of the various types of intellectual properties, and the protections available to creators. Next came specialized courses on Copyright Law, Trademark Law, and Patent Law, all University of Pennsylvania courses.

After having spent so much time with doctors and hospitals, I next studied U. S. Health Law Fundamentals, then Privacy Law and HIPAA.

My most recent course, and to me the most difficult, was American Contract Law I, offered by Yale University. Although Contract Law is logical when examined closely, it is intricate, and is directly affected by a wide range of court cases establishing precedent.

American Contract Law I at Coursera

It was Contract Law that helped me understand why it is so foolish to try to defend yourself in court. What may seem very logical to you, may actually have a completely different history of court precedent. When you enter a courtroom, you are expected to know all of the cases that will affect your case, and when the Judge realizes that you don’t know the precedents, and therefore from a legal perspective, you really don’t know what you’re talking about, your case will be quickly dismissed.

Also, virtually all business disputes are generally not intellectual property disputes, but rather Contract Law disputes.

Contract Law is complicated. A contract not only binds you to the mandatory terms that appear in writing, but also binds you to a whole set of established default conditions that don’t necessarily appear in writing. If you agree to pay someone $600 next month, you must pay in US dollars, in a common form accepted by a typical US bank. You can’t show up with a wheelbarrow full of pennies, despite what you might have read in social media posts, or pay in chicken feed, or iron ore, or roof cement, well you get the idea.

So where do I go from here?

I’m going to continue with my legal education, I like being better able to understand things I read about, like Elon Musk for example. I understand the lawyers’ arguments on both sides, and I have an informed opinion on how the courts will find in his case.

For a number of reasons I’m not taking on any more publicity clients, but I am developing a consultation service. I’ll continue to keep the description updated.

So if you have any questions, just get back to me!