It Has Been Done: From Concept to YouTube to Network (ABC) Syndication

For some time now people have been talking about developing a tv show concept, putting an episode on YouTube, then jumping from web to broadcast tv.  Well it's been done, and it has generated four revenue streams for the producers.

The process is described  the 9-25-12 Hollywood Reporter article entitled:  YouTube-Funded Show 'Recipe Rehab' to Be Syndicated on ABC TV Stations.

The healthy cooking show, which is part of the online video giant's push into professional content, is YouTube's first series to move to broadcast television.

Analysis From Next TV Today:

While YouTube video creators previously have made shows for cable-TV networks, this marks the first time a new show designed for Google-owned YouTube has been re-versioned for broadcast TV. Set to be cross-promoted via broadcast and online, it’s part of YouTube’s $150-million original content initiative to engage more viewers, and to attract bigger advertisers and persuade them to shift their traditional TV and cable media spends.

Co-Producer Everyday Health CEO Ben Wolin predicted his firm will get more revenue from product placements and integrations within Recipe Rehab than from advertising sales by ABC. And he estimated that the ABC deal would add "multiple millions of dollars of revenue" for his company.

The four revenue streams generated for the producers are:

No doubt this accomplishment was due to the efforts of everyone on the team: Producers, director, writers, talent, contact with people at YouTube on participation in their original content initiative.  And notice that the accomplishment was covered by two traditional media outlets: The Wall Street Journal and The Hollywood Reporter.

Would you like to move your project to the next level?  Contact me to discuss what you've done, and what you would like to accomplish.  We'll develop a plan that may take you where you want to go and beyond!

Posted by Stephen C. Thompson at 11:56 AM No comments:


Where has Steve been?

You may notice that most of the posts and promotional activity on my sites date back to last year. That's because two major things happened to me over last two years.

First, my brother asked my wife and I if we would help him restore a farm property he owns out in Dalmatia, Pennsylvania.  The property consists of a barn, one building that has three apartments, and a single house.

We began work on the farm property back in April, 2010, and have now renovated three apartments, and a single house.  We're using the single house.  The renovation work is now complete, so that demand on my time is greatly reduced.

Second, last year in October I became responsible for the care of my mother, who suffers with dementia.  For the first six months, this created a great deal of difficulty for us, because she would not sleep overnight, she wandered around our home 24/7, let herself out onto busy Haddon Avenue in Collingswood, and would often bang on our bedroom door overnight several times before being escorted back to her bed in her room.  During the day she would require constant attention and care, so since October of last year I have had very little time for business work.

Through trial and error, and the treatment of several doctors, she is now on a medication regimen that keeps her calm during the day, and allows her (and us) to sleep through the night.

So in summary, the entire farm property is now renovated, and the third apartment is now rented.  My mother is now calm enough for me to get several hours a day of productive time at my desk, although travel is still a problem for me.  If I need to get away for more than an hour or so I need to arrange onsite or respite care for her.

Consequently I'm going to focus on providing advisory / consulting services for now which I can effectively provide under my current situation.

In all, it's been a challenging two years, but we've made it through, and now I'm back to work. 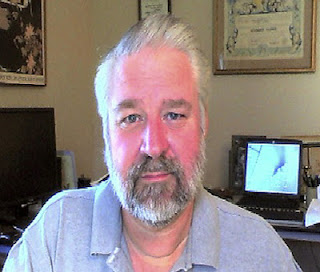 Posted by Stephen C. Thompson at 11:53 AM No comments:

September, October, and November are generally great months for promoting an independent film.  Here are five major marketing considerations for indy producers to address immediately that can help make this a great year:

Do your postings help to expand your audience?  Do they develop anticipation for screenings and DVD / download sales, rather than simply informing of developments that are important to you?

Are you doing regularly scheduled outreaches to traditional entertainment media, as well as media outlets who cover the theme of your film, giving them information that will inform their audiences, and dramatically expand your audience?

Is your site mobile friendly?  Your most important website pages must be displayed for viewing on smartphones.  Mobile pages are essential in reaching, building, and informing your audience.

Has your film been submitted for consideration to every possible distributor?

Are you planning on attending AFM 2012 this year?  In my opinion, every indy producer should attend AFM at least once.  At very minimum, get a one day pass and see what it's like inside, not just downstairs in the lobbies.  I can help you arrive with appointments set.

Or, if you are self-distributing, is your plan in writing, and are your desired results measurable?

Do you have an active paid advertising plan in place? Major studios still allocate millions for paid advertising for one simple reason: it gets their unfiltered message out directly to their films' desired demographics -- the audience.


There's no formula for creating a hit film, if there were, everyone would use it, and I'd be living up in the hills of Laguna Beach, CA.  But there are standard professional practices for contacting potential distributors so that you don't register as "unsolicited submission" on their radar.  And there are certainly many ways to help improve the probability that your film will be a hit.

Every film requires its own special, custom marketing plan.  A careful consideration of each of these five elements will give you a better idea of where your marketing is strong, and where you might need some assistance.  You have an opportunity right now to affect the results you will be enjoying at the end of this year, but it's up to you to take the necessary steps to make it happen.

Over the last eleven years I've helped producers market around thirty films, so if you'd like some ideas on how I can help you make this a great year, contact me and we can talk about what we can accomplish by working together through this year and beyond.

Best of luck to you for the remainder of this year and your future!

Posted by Stephen C. Thompson at 3:52 PM No comments: