If you or any of your projects have ever been covered by a media outlet, then you know how it feels: it feels great!

Recently I got a client's film covered by a Sci-Fi media outlet, then the same week another client, an author (and Production Designer with 55 IMDb credits!) made a guest appearance on an LA Talk Radio morning show. Both clients felt great about the media coverage they received.

Click here to see some other recent media placements.

So if you need publicity, let's make it happen!

Just get back to me, let me know when you are available to speak briefly. I'll give you a call, answer all of your immediate questions, including how much media coverage you can expect, and of course, how my fees work.

Then maybe this time next week you'll be feeling great about the media coverage you or your project received!  I hope so! 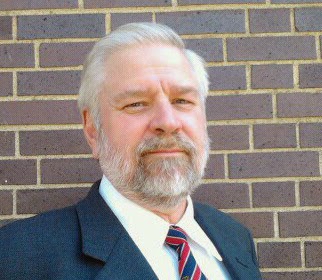 Posted by Stephen C. Thompson at 11:09 AM No comments:

Optioning Dean Dimitrieski’s "Tears for My City: An Autobiography of a Detroit White Boy"

I met Dean a little over two years ago when he came to me through a mutual friend for some advice on a deal/option he was going to sign with another producer.   I was able to help him, but then a couple of months later when things had  fallen apart with that producer, he wanted me to take on this project.   I agreed. 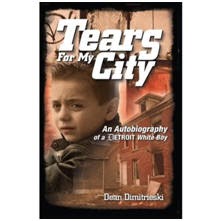 Tears for My City: An Autobiography of a Detroit White Boy tells the true story of an immigrant white kid from Macedonia who moves to the most dangerous neighborhood in Detroit at the height of gang violence in the 1970s. With a crack house next door and gangs like Young Boys Incorporated fighting for control of the neighborhood, Dean Dimitrieski struggles to keep himself and his family safe while refusing to join a gang -- even when most of his friends are already on the inside. He later befriends two of Detroit's most wanted drug lords, and just when he feels he's starting to fit in, he becomes a witness to a horrific crime that shatters his American dream and the life he loved in Detroit.

What compelled me to option the book was the fact that growing up in the seventies my family went into Detroit often to my uncle's home for the weekend, and I knew the streets/areas that Dean described.   I saw the Detroit that still had homeowners living in tidy little brick homes and had very little of the deterioration you see now.    My  Uncle and Aunt passed away in the early eighties, just as the drug trade exploded, and literally within four to five years, those tidy homes were either abandoned or set on fire.   Those that weren't had the owners fighting for their lives against the drugs and gangs.  This story really appeals to me on that personal level."

One of the reasons why Dean wrote his book was to show that even through the worst of times, Detroit still had, and continues to have, a good side.  A good side that Dean believes is seldom shown in media.  While the bad things were going on around him, Dean nevertheless had a lot of fun times growing up there.  He was still able to catch a good basketball or football game, and Dean has a love for the city which he says can't be put into words.  My vision is to produce a film that accurately portrays his love for the city, and lots more.

We want to leave the audience, particularly young people, with the message that for people who live in a bad neighborhood and want to leave, there are opportunities available.  Like grants to get into a college or a trade school.  So it is possible to get a better outlook on life, and create a better future for yourself, just like Dean did.

The film will be shot as close as possible to the actual locations in Detroit where Dean's story takes place, because we want the visuals to speak with authenticity to the people who most need the message of hope for a better life.

We are working on connecting with the community groups who are active in helping improve the lives of inner city young people, so our film will genuinely speak to and actually become a resource for those young people.

The recent Best Screenplay Award from the Hollywood Book Festival, as well as all of the other awards and recognitions that Dean has earned, show me that the story is not only a regional Detroit story, but a basic human story of overcoming obstacles, meaning that we expect the film to a world-wide audience.


Check back here for updates on our progress!


Posted by Stephen C. Thompson at 6:14 PM No comments: