You know Robert Redford, but have you heard of Guile Branco?

This morning I watched Robert Redford on Morning Joe talking about All is Lost.

When you do media work for someone like Robert Redford, you have your pick of media outlets, and you can even negotiate some terms of the appearance. 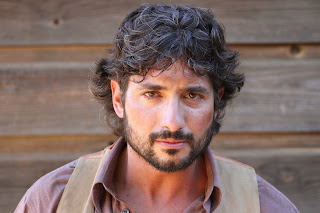 But for actors like my friend and client Guile Branco, we still need to be creative and proactive about finding media outlets who will cover him.

Although Guile has been in this country for many years, he is originally from Brazil, and one of his most recent projects was directed by a Brazilian director. In the project Guile also appeared with a well known Brazilian comedian, Tom Cavalcante.

The Brazilian Film Festival took place earlier this year in Los Angeles, so I tracked back who covered the festival, and pitched them on Guile's most recent story.

So far two journalists responded, the editor of The Immigrant Magazine, who published this story this week:


The second journalist is the editor-in-chief of the Brazilian Digital Television Channel, who has promised to cover both Guile and comedian Tom Cavalcante as soon as we have a screening date.

This media exposure will help my client and friend Guile tremendously, giving him a competitive advantage in one of the most competitive industries.

From the start, I knew we'd have the highest probability for coverage with media outlets who cover Brazilian news here in the US.  That was clearly evident.  Having the idea isn't my point.  Every industry has people with ideas, but how many people actually get the job done?

If you want to work with somebody who can get the job done, get in touch with me now!