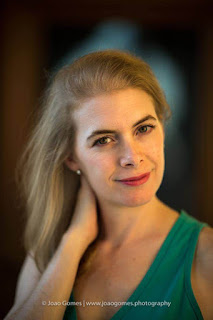 Actress / Producer Sabrina Percario
Makes Her Mark on Hollywood
with the Multiple Award Winning Julia
and much More to Come!

Los Angeles, CA (November, 2016) Up and coming talented actress / producer Sabrina
Percario is on a roll!

Not content to merely earn roles, she pushed ahead to produce and star in what has become a multi-award winning short film: Julia. 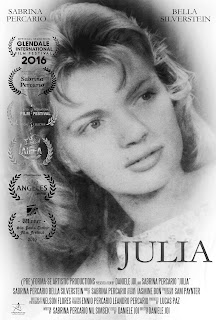 Julia is the story of a grieving daughter after the death of her mom that was caused by a sudden heart attack. She struggles to decide if she should pack her things and move from Brazil to Los Angeles, when she receives unexpected encouragement. 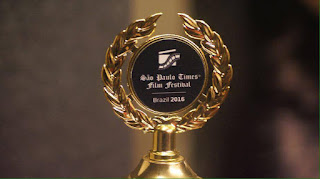 Sabrina’s own mother passed away two years ago, so her film provides her point of view of how she dealt with the tragedy.

“As an artist I want to share my point of view on how to deal with loss. It was very hard for me to accept that she was really gone. But once I did accept that she really was gone, I began to understand more about life and how she wanted me to pursue and live my dreams,” says Sabrina. 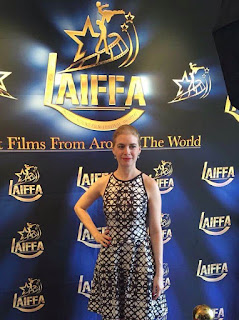 “I wanted to do a tribute to my mom, Olga ‘Julia’ Gomes Percario. She always believed in me and doing this movie was my way to show how grateful I am for everything she taught me in life.

For me it was really hard to leave my home and family in Brazil, move to another country and live in Los Angeles…alone. What I wanted to say with this movie is: it is important to grieve and to accept death, but once you do that, you are free to live your life and to follow your dreams.”

Sabrina earned her MFA degree in Acting in Film from NYFA (New York Film Academy) in Los Angeles, 2016. She has studied acting for film at The Barrow Group in New York (2013) and also worked as a drama teacher at Casa do Teatro from 2011-2014, Sao Paulo, Brazil. 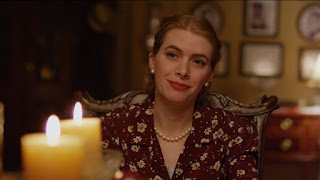 Upcoming for Sabrina is her first feature film, which is inspired by Julia. The temporary title is: Julia – My American-Brazilian Jewish Mother. Sabrina and her team plan to start filming in the beginning of 2017. She is writing with two other co-writers, one of them is Bella Silverstein, the actress who played her mom in Julia and also lost her own mom in the same period. Their idea is to honor both of their mothers and to merge both life experiences.

And in Sabrina’s latest news, she will be appearing in an upcoming feature film Subliminal scheduled to begin shooting in the first quarter of 2017.

We are sure to be hearing more soon about this talented and driven artist!