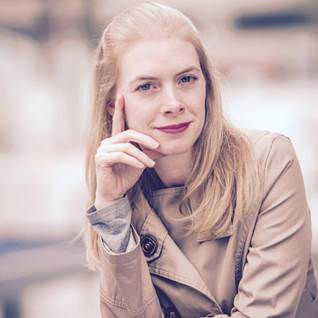 "I want to produce films that I feel personally connected with, and that speak to my heart. I believe that making a film and sharing it with the world is a big responsibility. When someone makes a film and puts it out there, they are telling people how they view the world, or are sharing a point of view of a definite subject and how it directly and indirectly affects people. It’s an opportunity to waken them to a specific topic, or to create a reflection, or to just feel an emotion.

“It can be very powerful, but also comes with a big responsibility. I don’t use films to tell that I’m right and someone is wrong, that would be very arrogant on my part. I just want to present a subject and let the audience think about it.”

In addition to dramatic, narrative films, Sabrina also intends to create television productions and spots. "I’m open to any kind of communication as long as the story speaks to my heart. I don’t want to do this just for the money or publicity. I want to collaborate with people who are passionate about stories that are based on true events, or stories that bring good and positive reflections. 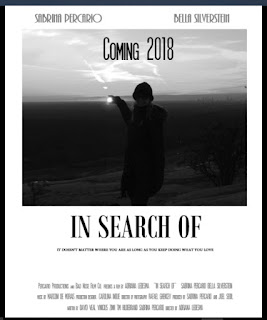 “I have produced a few projects so far, some of my favorites are Julia, Breaking, Open Mic, English Prep. What they have in common is that most of them were inspired by true events. I’m currently producing In Search Of in collaboration with Bad Nose Film Company, a feature film which is inspired by Julia, a story about grieving and following your dreams. This feature is also inspired by my own life and some friends who allowed me to share their struggles, and how they overcome them."

Sabrina will be keeping her production company website updated at www.percarioproductions.com