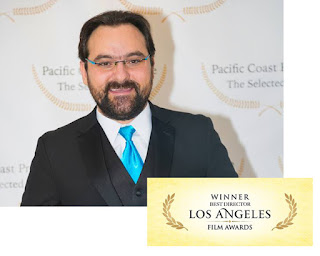 He has been active in the production of several films, video clips, and documentaries, as well as the advertising industry.

He is also one of the founders of Melies - College of Cinema and 3D Animation, one of the most renowned colleges of Animation and Visual Effects in South America, where he taught Directing and Editing for eight years.

In the advertising industry, he has been producing films for various agencies, both in the US and Brazil, for clients such as Pepsi, Volkswagen, Ambev, April, Nestle, Ponto Frio, Sebrae, Locaweb, and several others.

"I see the cinema as a creative way to magnify certain details of our lives, those that we sometimes may not get to contemplate in our everyday, rushed lives: A tear dried, a discreet smile, the pain of repentance. Subtleties of human psychology that are almost impossible to express in words, but are nontheless known to all of us. Cinema gives me the opportunity to amplify those essentially human experiences, expanding our point of view, transporting us into our characters' lives, allowing the audience to experience the different, the opposite, the counter, in others, and yet the very same things within ourselves. That which we might avoid facing in our everyday lives. This dichotomy enchants me, and what I want to include in my movies. I want the audience to watch and to surrender at the same time. Making the viewer a combination of voyeur and active spectator, interacting with sensibilities and reason, while still entertaining."

Three years ago he decided to move to Los Angeles to further develop his storytelling skills, both technically and creatively, and for the opportunities of collaborating with other professional filmmakers who are reaching international markets. 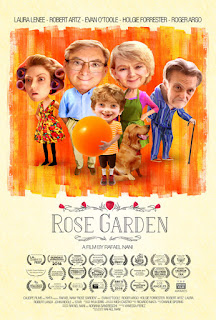 His most recent completed film is Rose Garden, which has been selected to run in over thirty film festivals, and earned over sixteen awards!

His film has been touching audiences in very unexpected ways, by calling attention to his unique method of storytelling.

"What I bring to the industry is a very human perspective on storytelling. A unique perspective that unveils personal and psychological issues, without losing the social economic and historical perspective of our modern society.

It’s easy to understand how the fast pace of everyday life can leave the audience. What I want is to offer the audience a time reflect and filter, rescuing that which is really worth appreciating and highlighting, while working to resurrect the sensitivity and compassion we all possess, but often lose in our busier than ever lives.

I also enjoy exploring the fallibility and fragility of the human condition, our lack of long-term vision, and how we have a tendency to think as individuals before we think of ourselves as a species."

Rose Garden is the story of Felix who is a smart little boy who sadly has a deadly disease. He knows he's going to die soon, but the way he faces his destiny, which is enjoying every second instead of waiting for death to come, helps his foster parents and neighbors rethink the way they face their own lives.

About Rose Garden RafaNani observes: “I’m very pleased and honored by how well audiences in general, and specifically American audiences, are reacting to the movie. It’s not a traditional ‘hollywood film’, so people are sometimes surprised about the way the story develops.

It's a simple story, but the way I approached and directed it, it quickly turns surprising and exciting! That is one of the reasons why I think it’s receiving so much attention here in the US.”

Rose Garden is scheduled to appear The Pasadena International Film Festival, the Hollywood Film Competition, and possibly a third festival, which should be announced any day now. 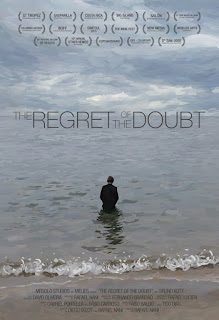 Before Rose Garden, he produced The Regret of the Doubt. It was selected by sixteen film festivals around the world, winning several awards like Best Foreign Short and Best Director of Short Film in the St. Tropez International Film Festival.

The Regret of the Doubt is about a castaway who is surprised when he finds land. After a while he figures out that the land of his dream is not exactly where he feels accomplished. Finally, in a moment of reflection, he abandons everything, to run and play again at sea in pursuit of new dreams.

"Naturally, I believe in the power of film. We who produce what the audience experiences have a responsibility to bring our audiences something unique, and exciting, something they have not seen before.

I want to leave my audiences with a memorable experience, something to think about, something that might help them broaden their horizons, maybe even change the way they think about a certain subject."

RafaNani has several projects in development, including a thriller and a sci-fi project. We will be hearing more great things about him in the near future as his films find wider and wider audiences!

RafaNani is available for interview by appointment,
pending availability.