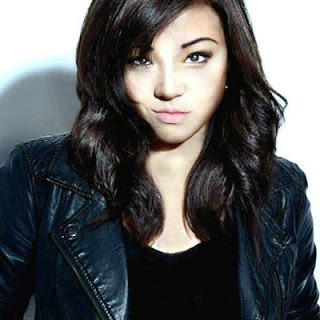 (March, 2017, Los Angeles, CA) If you work in the entertainment industry you probably already heard her name, if you haven't, you will! In this awards season, we are all eyes on production designer and costume designer Carolina Inoue. She won the Best Production Design award with Kumal at the HIMPFF and is a nominee for W. I. F. F. for the same category. But that doesn't mean she stopped working to attend the events and Red Carpets. Carolina Inoue is one of the most requested non-union designers at the moment. Producers book her months and sometimes years ahead to make sure she will be available for their production. 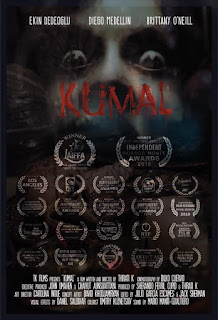 She's being asked by big studios like Warner Bros., to join the union, but according to Inoue she's in a better place outside of the union right now: "I have been able to work in both union and non union productions and be paid union rates, so I'm not looking to join the union yet, but eventually I will," she said. Currently working in a non-union production, her following show is a union show. "The industry doesn't have enough union designers, so studios are allowed to get an excuse from the union to hire non union professionals" she explains.
That gives her a tremendous advantage, because she's being making a name in the independent movies industry and already established great relationships in the main studios in Hollywood. The future of her career is in her hands. With dozens of titles as Production Designer and Costume Designer, only in the United States where she's been living for less than five years, she says she would never pick one over the other.

"Production Design and Costume Design are tightly connected. One of the most often comments I most frequently receive is people wanting me to overlook both departments, even when we have separate professionals taking good care of each. That's because they trust my work in both. So why should I choose one or the other if dominating both is what makes me unique?”

She has worked with Netflix, Disney, Universal NBC, Warner Bros, CBS, just to mention a few. Her talent and charismatic personality are the keys for getting into several productions, for which she's always being referred by someone she previously worked with. She has already lined up projects for the next four years. 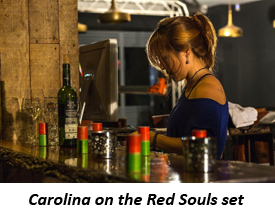 Carolina receives so many scripts weekly, she has had to hire an assistant to help her read and sort the ones she wants to work with! When asked what she looks at when selecting the productions, she says: story, budget and director. As an artist she wants to be able to explore her creativity and create memorable sets. So, having a good story that can be visually appealing, the money to make it happen, and a director opened to suggestions, that let her create freely, is the way to get her! 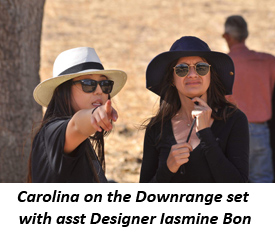 Last year she worked on The Gliksmans, directed by M. Skolnick, starring the legendary actors Edward Asner and Cloris Leachman; The Open House, directed by Matt Angel and Suzzane Coote, and starring teen star Dylan Minnette.
She's now working on Open Mic with Award winning musicians Caro Pierotto and Willo Keys, in the pre-production of Keanu Reeves' next movie and post production of Downrange, directed by famous Japanese director Ryuhei Kitamura. Inoue was also the Production Designer of the pilot for the series Faulk My Life, which is expected to be distributed by a major studio soon. 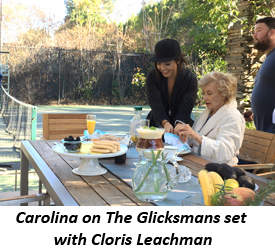 "Every script is a new adventure. The story begins on piece of paper, then I as the designer, create the universe that surrounds the story told in the script. I consider where the story takes place, when it takes place, who is in the story, who the characters are, and what we want the audience to think of them. The characters range anywhere from a rich, organized, intelligent man, to a messy, dirty, poor, miserable old lady. Their homes and clothes all have to communicate that.
What I love about my work is that I tell the character's story when they aren't speaking. I can tell the character's whole background story through the set design and costume design. That's a big power and responsibility. If I don't study the story and the characters deeply and carefully, I could mislead the audience and they could get confused or misunderstand the story. 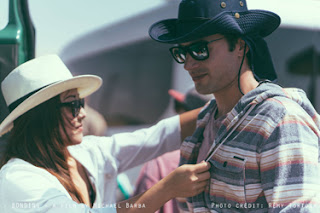 I am truly grateful for all the opportunities I have received. I am one of the few professionals in Hollywood who started as head of their departments. Most people start out as a PA and work their way up. I'm very blessed to be given the opportunity and trust to lead my department for both Production Design and Costume Design. Work in film isn't easy, but seeing the result up on the big screen is really rewarding. I have several projects in pre-production for the next three years. The industry never stops and I'm looking forward to being on set with some of my biggest idols, some of whom I have already had the opportunity to work with."
Carolina Inoue is a hard working, talented designer, with an impressive, growing list of credits. The sky's the limit!
# # # #

Carolina Inoue is available for interview by appointment,
pending availability.