Taking Your Competitive Initiative, then Achieving the Results

Or we can take a deep breath, and take a chance, and try something new, which is guaranteed to take us out of our comfort zone.

We might have to suffer the risk of rejection, but ask anyone who has achieved a higher level in their work, and they'll tell you that learning to handle, and not to fear rejection, is an essential part of achievement, expecially in the creative industries. And the good news is that rejection is always temporary.

This is the year you break through to the next level.

Several years ago I had a chance to work with an Academy Award Winner. During an interview I heard him mention that he never worked with a publicist, so when another well known actor from the same town passed away, I took a chance and asked him if he'd like to issue a statement. He could have told me to get lost, but instead he said "Sure, thank you!" and I went on to work with him for ten years. After a few years he even remarked about how much he liked working with me: "I should have done this years earlier!"

So in an era when you hear a lot of unsubstantiated, bloated claims every day, I'm telling you a simple truth, one you probably already know well: Do the same thing, achieve the same results. Take a chance, follow your intuition and take your competitive initiative, then prepare to achieve the reward.

I've promoted over thirty-five films, worked with that Academy Award Winner for ten years, then helped a number of young, talented people both in front and behind the camera, and now I'm collaborating with a respected journalist who has written for The Hollywood Reporter, Daily Variety, and Deadline Hollywood. And I am a regular contributor to Broadway World. For a film and television professional, who else can offer you more powerful publicity service?

Just get back to me, tell me a little about what you're doing, and what you would like to do, and listen to what we have to say. (And maybe next year you'll get us tickets to the Academy Awards!)


Thanks for your consideration! 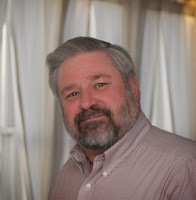