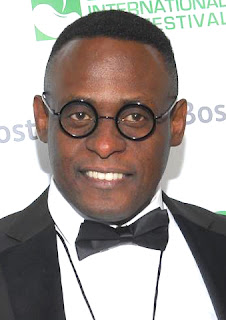 (April, 2019 -- Boston, MA) Assassin Behind the Glass is a contemporary urban story that questions whether “snitching” is an honorable virtue, a death sentence, or perhaps a little bit of both. 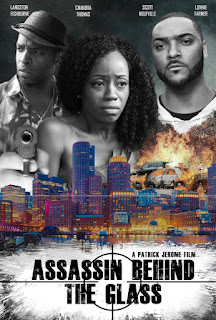 Producer Patrick Jerome explains: “I had been to the Dorchester, MA Post Office many times for routine business, and became acquainted with the people who work there. One day a thick, bulletproof glass barrier was erected at the counter, so I asked why. Turns out an incident had taken place there, and the barrier was installed as a security measure. It occurred to me that this was a story that needed to be examined. That story became Assassin Behind the Glass.”

Patrick hopes that the message that audiences take away from Assassin Behind the Glass is twofold: One, that each of us needs to use our own situational discretion when deciding whether or not to say something if we see something; and second, that the problem of gun violence in society needs to be examined on a deeper level than is currently being assessed.

The film stars Langston Fishburne, the adult son of star Laurence Fishburne (The Matrix, The Tuskegee Airmen, Mystic River) who happens to be a dead ringer for his pop.

Fishburne, who portrays the lead character of Sean, was drawn to the idea of a black story unfolding in Boston, when the majority of films depicting stories in the area focus on the Irish or Italian communities.

What attracted Fishburne to the film was a script (penned by Jerome) that casts an honest light on black crime.

“It isn’t romanticized,” Fishburne maintains. “It’s harsh and in-your-face, and I loved performing that aspect of it. This film makes you think, as a black man, about what it’s like to love that sort of criminal life and have that be the backdrop of your reality.”

The Boston International Film Festival takes place April 11 - 16, Assassin Behind the Glass screens at the Landmark Theatre Kendall Square on April 13 at 7:00pm.

The festival strives to bring together local, national and international filmmakers in Boston by promoting the world’s most artistic and creative independent and experimental films. The occasion of a five-day festival affords a rare opportunity to promote dialogue between filmmakers and the audience in an intimate setting.

The film’s festival premiere is followed by the online streaming and on-demand release of the film on iTunes, Amazon, Hulu, Redbox, Google Play, Playstation Network, Hoopla, Tubi, FandangoNOW, Kanopy, SlingTV, iDemand, and Patrick continues to work to bring the film to even wider audiences.