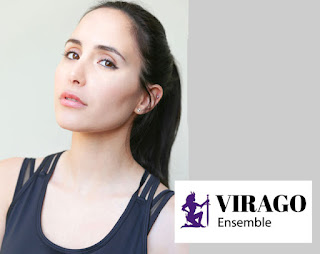 (May, 2019 – New York, New York) Noy Marom is a New York City based actress and producer, and co-founder of Virago Ensemble.

Virago Ensemble is an international all-female theater company, striving to empower women's voices by sharing old and new works created by female-identifying writers. “We talk a lot about developing and working on material that shows the different and unique aspects of our different cultures.

We are very proud of the productions we've produced so far and we really feel like we've found our voice and our vision moving forward.

It's a learning process and we continue to learn through every new project we develop.

We plan to keep moving in the same direction and to look for more interesting and creative projects to share, with emphasis on new works, as always, by female-identifying writers. 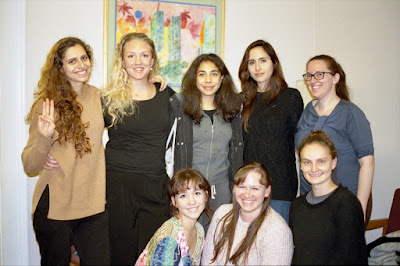 So far we have produced two shows:

It is the story of a dissatisfied straight woman who leaves her husband to spend some quiet time by herself and who unwittingly and naively wanders into the midst of a group of seven lesbians at the beginning of their annual beachside vacation.

Kiss That Frog By Serena Cates

Kiss that Frog was inspired by the social media trend of young adults writing lists about everyone who they have kissed. This "Kissed List" hunch has opened the door to themes such as love vs. lust, sexual assault, drugs and alcohol, sexuality, secrecy and much more.

The resulting script investigates the relationship millennial girls have with kissing, relationships, sex, and sexuality in general. It was inspired by true stories of women known by the playwright.

Kiss That Frog Profiled on BroadwayWorld.com 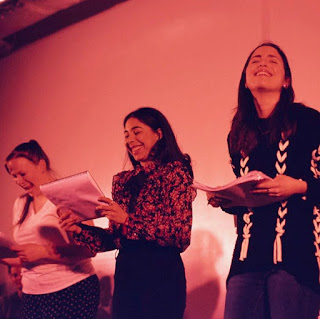 “We'll strive to continue to tell important stories centering powerful, strong, brave women and speak up about issues concerning women's rights and to empower women and artists through our artistic journey and through story telling.

We also intend to focus on writing our own stories and texts and to share them through unique presentations, while including different elements such as movement and music.”

Several shows are currently in development, announcements about upcoming shows will be made soon, when the productions are ready to be presented.