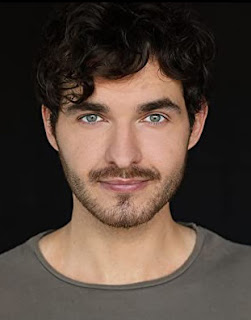 There are good and bad apples from both sides. Right now, we are facing big issues. We have institutions put in place that protect police officers from any repercussions. If police officers have nothing to fear from their actions, it pushes them to overstep, overpower and perhaps use excessive force.

The only reason why Derek Chauvin was fired and arrested was because the event was filmed and exposed. I watched the video and it was heartbreaking. Derek showed no fear, a stone cold face of a man who pressed his knee on George Floyd’s neck without an ounce of remorse or empathy.

The worst part is he was aware that he was being filmed. It puts things in perspective on the number of cases and police encounters that weren’t put on film.

Are these institutions creating psychopaths under the illusion of law and order?

Remember, Derek Chauvin had seventeen complaints filed against him and he was still roaming the streets. I understand officers go through a lot mentally and they often have the right intentions to help their community. But the system in place corrupts them by making them less accountable and immune to rules and regulations. Therefore officers become “tribalistic” and less fair to anyone who isn’t a cop.

These officers chose their path, and it’s a heavy burden they must face. And of course, there are good cops. Back to where we were, the murder of George Floyd was filmed and exposed; protests and outrage pressured the people in power to take actions against the police officer who killed George Floyd. The other three officers still at large should be convicted, as they are complicit to this brutality. With great power comes great responsibility, the more power you gain as a police officer, as a politician or even as the President, the more accountable you should be. The bar is set higher to balance out the powers that have been handed to you. You become a leader, and a leader’s duty is to show and set the proper example. It is to unite, not to divide. It is to listen to those who have less, not to dictate what you think is right. It is to admit mistakes and take responsibility. Not to victimize yourself and accuse others for your mistakes. You have the highest position in office, own up to it.

That’s how you build trust within communities and that’s how you get law-abiding citizens. I studied history and somehow history keeps repeating itself to those who are ignorant of the past. Ignorance is bliss but no matter how dark it gets, the truth must prevail. The changes that were put forth in America were always done and executed with the use of force.

America had the Native American genocide, the War of Independence, the Civil War between North and South, the Civil Rights movement; and I’m not counting the wars abroad. Honestly, the whole history of America is based on violence.

It might be embedded in the culture of guns, the second amendment, the paranoia of the invisible enemy and the need for freedom against tyranny.

We all know hate will spread hate and violence isn’t the answer - LOVE IS!

You can’t deny this. Major changes always come through violence in the US; this is a fact. We can criticize all we want and find excuses on how it should be done: a peaceful protest. Truthfully, there is no structure for a proper protest. It’s subjective and everyone reacts differently. But I do know a lot of people are suffering and these events are making us reevaluate what’s important in life, a person’s breath (his life) or a person’s business? Or are both of them intertwined?

We are aware! Violence won’t solve anything and it might get worse before it gets better. People want change but the status quo remains the same because the people in power like their habits and become accustomed to how the system works to their benefit.

It is in human nature to develop habits and to grow accustomed to a system or a routine, we can get too comfortable and we go into autopilot mode. Habits create laziness, change demands effort.

We must do what’s right and call out injustice, for George Floyd and for the other victims, for the Black Lives Matter movement, for liberty, for equality and for solidarity.

From what I’ve learned, if you don’t question anything, then you must believe the system in place is perfect. We both know that isn’t the case, by questioning rules or orders as a citizen or as a police officer, you’re discovering flaws in the system that need to be addressed.

Addressing the flaws in the current system will lead to progress and change. Ultimately, it will lead to a better future. Please, stop following orders blindly and start questioning, especially during this time when the person at the top is unfit to lead.

Sebastian Faure is a Los Angeles Based Actor
Posted by Stephen C. Thompson at 2:33 PM