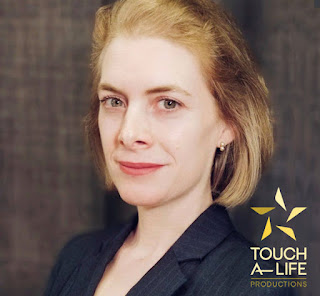 Touch A Life Productions was founded to inspire humanity. Sabrina, along with Raja Deka, are changing lives through their work, and currently have multiple films and TV series in development. 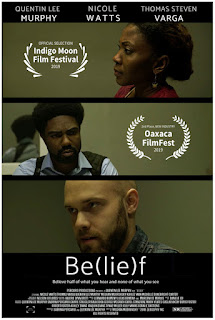 Their film Be(lie)f was selected at the Short Film Corner at Cannes 2021. Be(lie)f is the story of a newly promoted detective, who is assigned a murder case involving the death of a young black man, but he soon realizes his own personal beliefs may obstruct his quest for justice.

On Be(lie)f Sabrina observes: “Quentin Lee Murphy and I produced Be(lie)f to bring awareness to two very important issues in this country: gun regulation and racism. We’re proud of the script and the film's message. We're avid supporters of independent filmmaking.”

Quentin Lee Murphy adds: “Without Sabrina from Touch A Life Productions, I wouldn’t be able to have made this film happen.”
Sabrina is also producing Living The Dream, a feature in which she will also be starring, along with writer Guile Branco, Bella Silverstein, and Raja Deka. 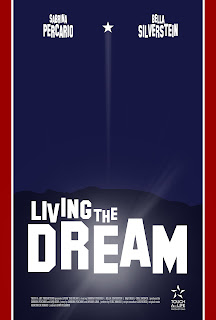 Living The Dream is the story of the struggle of a determined woman on her journey to achieve her lifetime dream of becoming an actress. Inspired by multiple life events.

“The purpose of Living The Dream is to share stories of foreigners who came to America searching to live their dreams. We wanna bring awareness to the struggle of being from abroad, and trying to work in the entertainment business.

As a lead producer at Touch A Life Productions, I feel honored and blessed to work with Raja Deka. We both share the same goal and mission in life, which is to touch people’s hearts with inspiring and uplifting stories.

Our goal is to see all walks of life globally leaving the theaters after experiencing our films realizing there is a warrior within each one of them with specific purpose.

We’re all about lifting humanity and planting seeds through our stories, which are already changing lives, and will inspire generations by reminding each individual of their own courage and all we're capable of despite life's challenges.”

Sabrina has several other projects in development with Touch A Life Productions. More information on those projects will be coming soon.