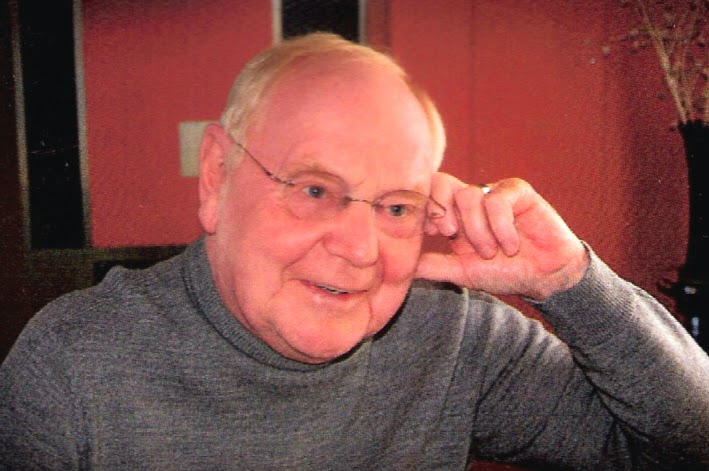 Suppose, just suppose for a minute, that a semi truck is rolling down Pennsylvania Avenue in Washington, DC. it stops at the curb as close as it can get to the White House. Two guys get out, unhook the load, and drive away in the cab.

And there it sits… and sits.

Until some DC cop says, “What the hell is that doing here?” He “calls it in”.

A few hours later, the proper people come by, open the truck and in the back is a 6’x6’ stainless steel cube. It doesn’t seem to have any openings- just a cube. No seams, nothing.
However there is imbedded a countdown clock, and it’s ticking: 48 hours, 57 minutes, and seconds are ticking away.

On further inspection, an engraving is found on its side.  It says:

“Don’t try to open this. There is a multi-megaton nuclear bomb in here. If you try to stop the clock, try to open it, or drill into it, your nation’s capitol will, of course, vanish.

Praise be to Allah.”

Now suppose for a minute that the great minds of the United States wring their hands until, say 39 hours 12 minutes and ticking….

Someone at the Pentagon gets an idea: Drive it down to the Cape, put it on board the shuttle that is prepping for another launch, and send to into space to blow.

Much ceremony. They get it there, get the shuttle ready and send it, unmanned, up.

It goes as far as it can in the time left, and…boom. Done and beautiful. No harm, no foul.

Half the world gets to watch the explosion, and the whole world feels it. It’s immense, but seemingly, harmless. Much celebration, and the world closes, say, Iran off from the rest of itself.

Months go by. The world disarms Iran and puts it on notice to not even think of building a slingshot or buying a Red Ryder BB gun.

Then the earth slowly and deliberately begins to tumble off its axis.

Suppose at first it is not at all noticeable. Then over the next few months, there is a measurable drop in the force of gravity. Inanimate things do not have the same desire to “stay put.” Things began to lose weight, as do people.

Obviously, The worlds’ governments get concerned, and begin to involve the best scientists to study the problem. First, they have to find exactly what the problem is, how it was caused, and what can be done to fix it.

Suppose they find out the cause, but can’t figure out a way to solve it. Things keep getting worse leading to the inevitable: no gravity.

All sports events are canceled because it is no longer sporting to see a quarterback throw a short pass one hundred yards. Every hit in a major league baseball game became a home run…. Golfers-even duffers-can’t figure out what club to use to keep the ball from going over the green, even when they can find the ball.

But the problem is much more complex, unforgiving, and frightening. Fruits, vegetables, flowers no longer are able to produce. Root vegetables are still producing, but at a lesser rate. All flora can’t figure out which way is “up”.

Airplanes are able to fly, but it is hard to keep them from not just going up. Pilots must “push” the plane to the ground. Assembly lines are not able to assemble properly. Paint ceases to drip, as does ice cream.

Suppose the moon begins to distance itself from earth. In time the oceans rise because there is not enough downward force to keep them in their confinement. Coastal and river flooding is becoming a world wide problem. Tides cease to be. Small objects like sand, dust, gnats, bugs and certain gasses are beginning to drift upward and away. What, or who is next?

Eventually, for a futile while, the rest of the world forgets about Iran, and blames the United States for not letting the bomb destroy their capitol: “Then None of this would have happened.” There is, as always talk of war, but how? And to what end? And why? There is a common enemy they have to defeat before they can get back to where they were. Wise people ask, “Do we want to get back to the way we were?”

Still, science can’t figure a way to stop the inevitable. Soon rotation will slow, and the moon will drift to the point of no gravity. Everything, everyone will just go up….

Suppose the scientists do figure that the earth is not just slowing rotation, but drifting out of its orbit around the sun. The scientists cannot figure which of the two catastrophes will first cause the end of civilization as they know it. They are not even sure how this new revelation will effect earth’s people. Will they drift away or freeze to death out of the Sun’s orbit?

People of the earth are turning back to the God of their choice for an answer. Of course they soon begin to discover that the God of their choice is the same God, different name. Suddenly all the people are talking to the same Power, and asking for the same thing. Not to live longer or to win a war. Not for riches or redemption or ending pain and suffering. Not for everlasting peace. They want to know if there is anything, anything at all, that can be done to stop this madness. They want to know if God, Budda, Mohamed, or whatever the name is, has an answer, or is He, She, It even listening or paying attention. Or cares… Or cares….

The ultimate question is asked by the combined citizens of planet earth: Is there, after all, a Great Spirit watching over us, or are we just a freak of the great universe? Are we meaningless and foolish animals who just made up all the stories of our existence in a need to justify all “this”? Are the stories in the religious books just giving us a reason for being? Is the bible, the koran, evolution, just a silly fantasy to keep us stable enough to not kill each other on sight?

Suppose, just suppose, there truly is a Supreme Being. Suppose that Great Spirit is, indeed watching this whole mess, and is amused that it took something this, this…silly to bring His earth together…finally. That Supreme Being is asking a few questions:

1. Have I waited long enough to make this happen, or can I even trust them to live as one if I fix it? Or did I wait too long?

2. Are they really paying attention, or when and if I fix this, will they go back to their old ways of agreeing to disagree, and fall back into…warring?

3. Is this the time to send my one and only trusted Savior to go and stop the madness?

4. Or is this just another experiment that has taught me how to do it better next time?

6. Is it all worth doing all over again?

7. Or are there a few people on earth who can figure out how to solve this problem in time without my “real” help?

Though the scientific facts are almost certainly incorrect, I ask the reader to view it as an allegory, The bible has been doing this for a few years now. Or even as “The Sky Is Falling” sort of children’s’ story. Go with it.

About Author / Production Designer Peter Wooley
When Peter Wooley was born, the world was in black and white. He came forth from a small town on the Ohio River determined to be the next Frank Lloyd Wright. Upon graduating from architectural school, he moved west to seek his fortune. Rather quickly he discovered he was not “doing” enough, not “designing” enough. More perspiration than inspiration.

That’s when the trouble started. He got involved with movie people. Before he knew it, he had thrown away his childish dreams and was searching the back alleys of Hollywood to find a way into show business. A dirty, steel-clad door with a barely readable sign, “Warner Bros.” screeched open, and a filthy arm reached out and yanked him out of that alley and into the arms of show business. Peter Wooley has not been seen since.

However his work has been seen and even admired from time to time. After forty years of being a production designer (a movie architect), he directed a bit, acted a bit, and produced a bit. He won an Emmy nomination for his design of the television movie The Day After. 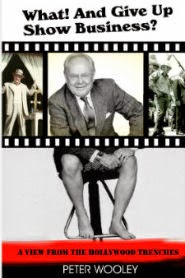 He wrote his first book in 2001 entitled What! And Give Up Show Business? It is a compendium of events that he witnessed, and often took part in during his career, and has recently been updated for a second, updated publishing with several new chapters. Luckily, he writes funnier than he designs.

In 2007 he teamed with friend Tony Schweikle to produce a documentary, Barbarossa and the Towers of Italy, that won the international “Telly” Award. They are currently working on Hybrids, starring Paul Sorvino and Carolyn Hennesy which is currently in post-production, and five million, two hundred and twenty-seven other projects. 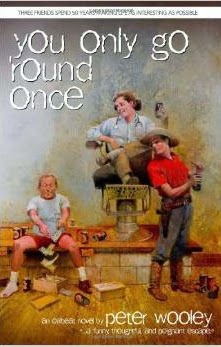 And most recently Peter completed his latest book, a novel: You Only Go ‘Round Once, a kind-hearted, sometimes shocking, and continually fascinating novel about three men's unique, fifty-year friendship.

In the fall of 1956 three guys who grew up along the same river in Northern Indiana had a chance meeting in the cafeteria of a small university in Southern Indiana.

Their stories begin as very young men in Hawaii and Germany, then proceed to Southern Indiana, Montana, Florida, Hollywood, and the Middle East.

From Peter Wooley, to you!

You must have an opinion on this. What would the God of your choice do? Or not do? If you had the power, what would you do? Is there a scientific answer?
How would you complete this? Is there a completion?